When Fashion is your Passion....

What a great day to discuss a Passion for Fashion.....
With our line of handbags and accessories getting closer everyday, bumping into fashion finding designers/events/ bloggers etc...is easy....finding quality in those bump-ins is something else.... I have always had the ability to read people. It doesn't always work out the way we plan , right? That said, more often than not, I am able to find the richness and the beautiful people I want to spend my precious time with , collaborate with, and share life's joys with.... First, let me start by introducing New York Model, Fashion Concierge, Runway Coach, Event Coordinator and proud to say,
4 A STAR Model  among other places.....Nanette Rhodesia Swain..... Nanette will be doing a fashion blog segment on our web page for the next few months...head over there and check it out...Nanette's Fashion Blog at    www.4astar.com    See her wonderful introduction..... 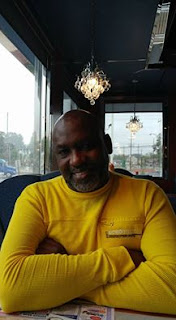 It's always interesting to me when I make these great collaborations, how the story evolves.... and I love this one.....

So let's go back in time to Clavon's 12th Birthday.... only a little way back... LOL.....
.... he wakes up, day before his Birthday, with a dream in his head of a runway.... people walking down the runway.... bright lights, cool clothes all that goes with that image.....
So he proceeds to tell his parents about this dream he had..... he says that his parents thought he was crazy....
Now let's fast forward to 2014 and Clavon's Wear is walking the runway in it's first show. WHERE is that runway???? You think it might be in a hometown show, a friend of a friend or something like that but no....Clavon makes HIS debut at NEW YORK FASHION WEEK !

Let's back up again..... it's 2013 and and Clavon is attending Fashion Week in N.Y.  Afterwards, during the mix and mingle, one of the producers of the show is talking with him and says, "Hey , that's a really nice suit. Where did you get it?"  "I made it", replied Clavon. "Really?", says the producer, "Are you a designer?"  And the story goes......
Clavon was studying HR at Rutgers. He learned to sew from his family tree and he made his own suits from time to time. He made them so well that he wound up making suits for a few friends too. A week after that encounter in 2013, Clavon was called to N.Y. by this producer to put a line of clothing together to show...... and the rest is History ! He put 15 pieces together for that show in 2014. Many things have just blossomed from there. He took a trip to Europe handing out LOOK-BOOKS wherever he went. Befriended someone who said that he had to see HIS friend who makes leather goods..... Now, Clavon makes gorgeous Leather Duffel bags and is expanding into wallets.  He has traveled the World and is ready to keep things moving in the Fashion Industry. He has even expanded into model management/talent management and we talked about a collaboration in those areas too.... as I also did with my Awesome friend, client,  and Global Designer Samina Mughal !
Clavon's Daughter Lelsie Leonard is the lead model in his Couture Line ZSA ZSA
Clavon's other daugher, Alexis Leonard, is a make-up artist and her name sports the leather bags as LEXI BAGS.
Clavon's Son , Luis Leonard, is a photographer and model.
Clavon is making gorgeous men's and women's suits, couture, leather bags and more to come......

I'll say it time and time again.... it's all about the collaboration and learning how to help each other grow and prosper in all areas of our abundant lives..... THAT is how we move forward....together....

Find Clavon's newest event coming up with his own show on Feb. 10th, 2017 featuring celebrity host, model and Chef=  Carla Hall..... Make a day of it in N.Y.C. and attend Samina Mughal's Global Catwalk event on Feb. 11th, 2017. You can come and meet me there..... I can also offer you vendor tables and info on getting your designs onto the runway !  Just contact me at www.4astar.com for any and all information......

I  want to give a huge shout out to just a few of the amazing people I am excited to move forward with in the industry.... including:
Supermodel and Fashion Blogger  AVADORA MIMOUNI find her on Facebook
4 A STAR models from N.Y.  Glenda Collins, Naim Keyes and Nanette Rhodesia Swain....find them on Facebook and check out Nanette's Fashion Blog on our web page through the end of this year.....
Magazine Moguls: Orlando Gordon ( Olanquan Fashion Networking)  Tirusha Dave of Bravura Magazine  Sofia Davis of Fashion Avenue News Magazine
Gio Delavicci, Anne Laura West, Jeana and Lamont Bowling, VeVelle scarves, Swag Kueengs, Lainy Gold Designs,  and Awesome TV.....
Our Liaisons in Las Vegas and Florida Keoni Alferez and Lisa Diane Hall........All of our connects here in New Jersey.....Wow, the list goes on and on..... these are just a few of the amazing people I love being connected to..... and there are tons more....so keep your "Eye" on our Fashion Blog at 4 A STAR as we keep our "Eyes" on you and your success
You can always come here to  Ava's Allocations and be sure to check out the Amazing 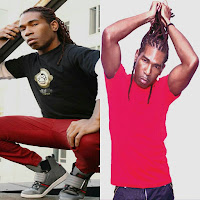 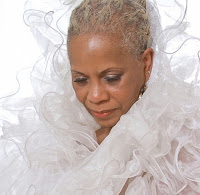 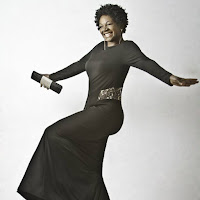 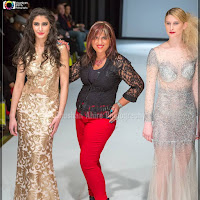 Are YOU familiar with Sneaker Violence?

How the Universe Works from one Holly to another Holley...... 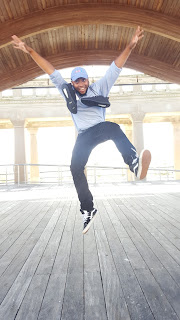 Register for the 5K run

What is sneaker violence anyway?  Did you know that 1,200 people die each year over sneakers???

Let's go back to how the Universe works... it's amazing. I think if more and more younger people would take heart into the way of the Universe, the World will become a better place overall. I see it every day and I'm constantly saying that I want to instill the laws of the Universe into our youth...... so let's go back....

Some years ago, I had the pleasure of working with one of the nicest men you'd ever want to meet. His name , David Holley. Since we shared the same last name minus the "e", we would always address each other as Holley. Didn't know him well, yet we did have many a cool conversation. He met my Mom a few times at some special events... Funny, I saw David just a few days before he passed away.....he looked right into my eyes and spoke about my Mom, who had already passed away.... the Universe was speaking as I felt a haunting when he was talking to me.....
As if my Mom was talking to me.......

Last year, on Sept 17th, Dante and his family lost their home to a fire.  At first, he was upset having lost many "material things" including his sneaker collection. When the initial shock wore off and Dante went to re build his life..... He saw a TWEET from Kanye West about a contest he was having. The winner would get a pair of brand new  Yeezy Boost Private Blacks. Boy, did he want them..... he had to answer a question . He answered 5 times and his 2nd answer was the right one. There were 30 winners..... the other 29 all came in 2nd . Dante had the first winning answer.... not only did he get the sneakers, he also got VIP treatment at one of Kanye's shows.... he was interviewed on MTV, Fox News and countless other places.... it was overwhelming............
When he returned home, social media wasn't the same anymore..... it was filled with notes from teens and young adults all over telling Dante how inspiring he was to be there representing N.J.  and all that......Dante said to me, "There was more interest in this Sneaker Contest then there was about him losing his home."  Over 3 million people entered this contest......
The Universe was starting to talk to him...... He realized that kids were classifying others by their shoes !!!!   What do they look at first? Do you have this sneaker? This shoe? If not you are bullied, robbed and the like............ to the tune of 1,200 deaths a year !

Dante again said to me, "How are people going to take a 20 year old, black teenager, with no college under his belt yet seriously?"  He found one of the largest foundations out there donating shoes to people who can't afford them.... SOLES 4 SOULS ( www.soles4souls.org)
He partnered with them to create awareness and preparedness for what he is on a path to unleash......

Sat. is the first 5K run to raise awareness for SNEAKER VIOLENCE.  The event is 9/24 Sat. from 8AM-2PM starting at Kennedy Plaza on the boardwalk in Atlantic City. If you are in the area, you still have time to register at www.sneakerviolence5k.com   Proceeds to benefit God's Gift a non profit organization associated with the Kingdom Academy. They offer kids instruction  during after school hours to pursue their passions.....singing/acting...whatever they dream....

Over the past 3 months Dante, along with the efforts of  soles4souls  , has collected over 1,000 shoes. Saturday will be the last drop off location and shoes will be distributed Globally. Dante wishes to set up these 5k runs across the Country. There were drop off locations set up all Summer all across N.J.   See the list below.

Thank you, Dante Holley, for raising awareness..........for helping us to realize that material things are fun to have. They are not EVERYTHING. They are not to be used to bully people , to rob people over and to kill. Shame on those that do that !

More to come on this story as we follow it into the future and see where we can tie it into some of our other work !