Also known as FlyLo.... Steven Ellison - of  Flying Lotus was brought to my attention by my daughter Brieanne. She asked me to listen to this awesome song..."Do the Astral Plane".... which is a combination of great beats and jazz flavorings...Although I listen to just about anything....this was all me as soon as she started playing it.... Since I spent my day working  on the computer and just hanging around the house, this was a great way to kick back for 6 minutes and listen to some cool music..... You can check out the video on the link below  under the "About" section.... Enjoy ! 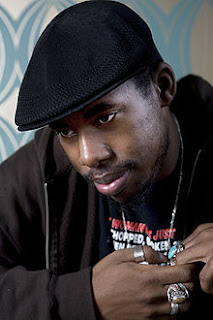 Great nephew of Alice Coltrane, Flying Lotus (who was born Steven Ellison) made beats for the Cartoon Network's Adult Swim programming before releasing his debut full-length, 1983, which resembled the work of fellow avant-garde hip-hop producers Madlib, J Dilla, and Ammoncontact, on Plug Research in 2006. Following the six-song Reset EP, his second full-length, Los Angeles, was released on Warp in 2008, with the three-part L.A. EP series of remixes and additional productions trailing through the next year. Cosmogramma, the third Flying Lotus album, was issued on the same label in 2010. ~ Marisa Brown, Rovi

Flying Lotus "Do the Astral Plane"