So yesterday I had the opportunity to screen a few films at the Garden State film festival in Atlantic City. The screening took place in the ballroom at the beautiful Claridge Hotel. Many events took place this weekend for the film festival. I had a busy weekend myself so I was only able to get to one screening. I'm so happy this was the screening I could see as the feature film was called, "AFTER SANDY" and it touched my heart so much.

Superstorm Sandy said hello to many communities across the Nation in one way or another. It became personal to me as I grew up in a town that was destroyed by the storm and I also had several friends that lost their homes. One friend in particular was never able to go back to that home.

One of my childhood friends, Police Chief Tommy Boyd, was actually in the film a few times speaking about the devastation and re-build of Seaside, my childhood home.

My parents never made it to see this storm come through a town they loved so much. That is a blessing. I was so saddened by all the loss and damage the storm caused. The first thing I did was to send a care package to the town of Union Beach.( One of the towns featured in the film as well. )
I saw a plea for this town on FaceBook and I sent a small care package out the next morning. The film was able to take me into that town, as well as take me on the journey through areas we could never see....

I feel the film was so moving. It was great to see it touch emotions throughout the whole audience. When a film does that, it's a true sign of creativity and creation.


It almost felt good to see some of the things I could never see. There was a visual put to the stories we heard. I loved seeing the hope in people to re build and re connect with community after hard times.

Thank you Garden State Film festival for this beautiful film. Thank you Joe Minnella for bringing this to life for all of us ! 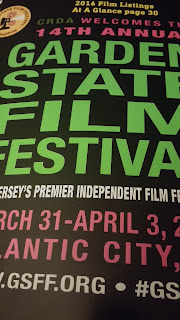