Well, Well, Well...Good Tuesday morning as we are finally able to get a post up with the Amazing and Talented John Monforto ! 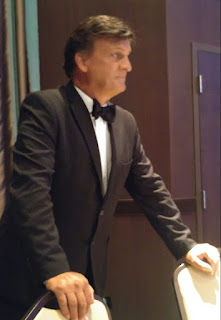 Big Bad John !  Well Big and Tall and Bad in a good way.....what an entertainer ! I had the distinct pleasure of walking the Red Carpet for the John Monforto's Broadway show in Florida recently. 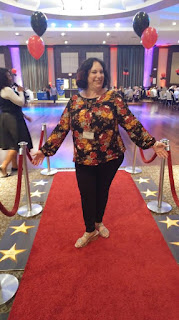 John Monforto began performing at the age of 6.  He later trained as a baritone vocalist by Julliard Voice Instructors.  He also took dance classes, acting classes and ballroom dancing.  After running the course of all he could study, day player roles on daytime TV, small movie roles, stand-in work for major motion pictures etc... he decided to move to New York City to pursue an acting career..... instead, he became an Elivs Tribute Artist.... or ETA as is known in the industry.

So the story goes that in NYC, John and his roommate, found jobs waiting tables at Great Aunt Fanny's Restaurant.  Talk about being at the right place at the right time.... I always feel these things that happen for a reason..... One night, John's roommate said, "Hey let's do some Elvis !"  John replied, "I don't do Elvis..."  Well they did Elvis anyway. John went up and did a "little Elvis" ....Just so happens, in the audience was Jean Ann Ryan Productions. Jean Ann loved john's voice and just happened to be looking for an Elvis Performer..... There you have it.... The next thing you know, John was being flown down to Miami doing Elvis, Broadway and top 10 hits.... From there he became the opening act on Norwegian Cruise Lines...and there began an Elvis Career.

John portrayed Elvis on billboards across Europe for the Sony Corporation . He portrayed Elvis for the National Archives Elvis/Nixon Exhibit and for thousands of venues from Coast to Coast.

When the movie ROCKY first came out...John found that he could imitate him. He was immediately scooped up by the City of Philadelphia to represent the City as Rocky !

In 1980,John married Debbie Flemming ( not to be confused with Peggy Flemming, right Deb?)  They now have 3 daughters and 5 grandchildren. Debbie runs just about everything on the road for John. From what I see, they make a great couple both personally and professionally ! 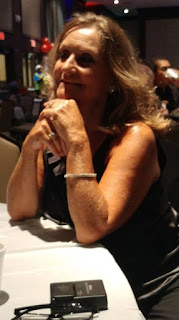 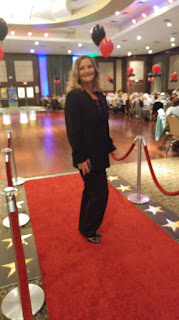 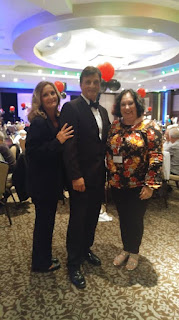 "We are just a good team", says Debbie. "We both excel at different things. Who doesn't want to work with their best friend everyday and travel all over the Country !" They share responsibilities and collaborate on new ideas for John's audiences.

This past weekend, John appeared at the new Hard Rock Hotel/Casino in Atlantic City. He has performed all over the Country. When you see him, tell him you checked him out here at
AVA'S ALLOCATIONS

I felt so at home sitting and meeting with John and Debbie and some of their friends. I hope to continue this friendship moving forward and we will see and hear more from John Monforto ! 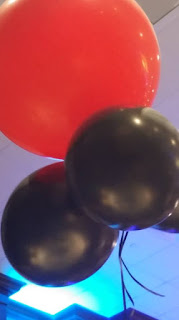 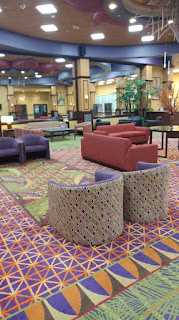 Lobby of Venue in Florida 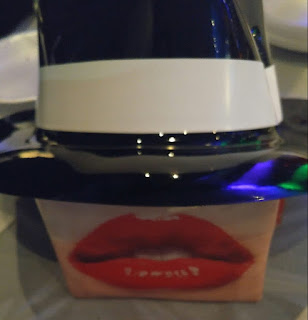 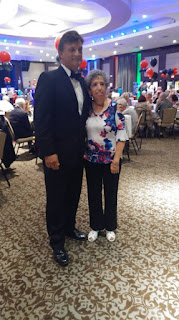 John and friend  Debra Juniper
Debra is also a Promoter in Florida and is known as
"Rock and Roll Deb"
The pleasure was all mine ! 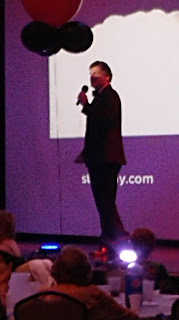 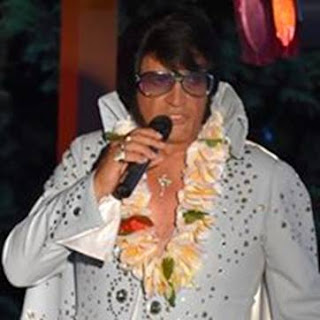 *Thank you Debbie Flemming Monforto for your contribution to this post