Yay ! Back to Sunday posts and our latest edition of ETA's.  We missed last month with all the stories going on.... so much happening that 2018 and 2019 are sure to be jam packed with cool stuff. Thank you all for taking a few moments to read..... and engage !

Say hello to JOHN MONFORTO... John is such an accomplished entertainer. He has a repertoire of more than just Elvis, yet here we are featuring him as Elvis.... so let's get the formal stuff written first.... LOL.... 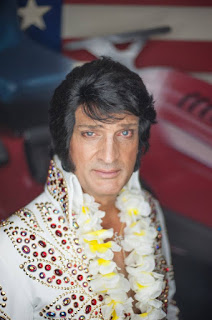 John comes to us from New Jersey...woo hoo ! John's years of experience on the road performing enable him to entertain us in small gatherings as well as corporate settings and larger stages....

"JOHN IS A BARITONE VOCALIST, CELEBRITY IMPERSONATOR, TRIBUTE ARTIST, IMPRESSIONIST, IMPROVISATIONAL ACTOR, HOST, PRESENTER, PRODUCER, VOICE OVER ARTIST AND COMEDIC SCRIPT WRITER".....
Wow all in one person !!!!  I guess us creatives have a virtual office of talents within ourselves... LOL

John has been seen as Elvis on many billboards across Germany for Sony as well as Performing as Elvis for the Norwegian Cruise Lines.... He is also the official Rocky Balboa Impersonator for the City of Philadelphia ! 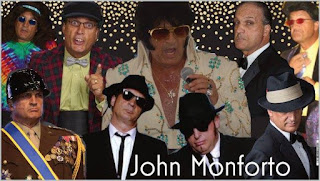 John began singing and performing at an early age...He continued acting after school and worked with numerous bands and performers.

John's ability to capture and audience of 10 or 10,000 keeps him in high demand for various projects including radio, TV and corporate functions to name a few....

John has been performing now over 30 years and keeping us all entertained. 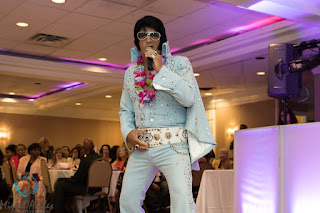 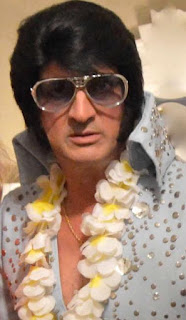 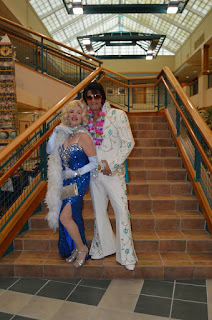 Seen above with ELAINE CHEZ as Marilyn ! 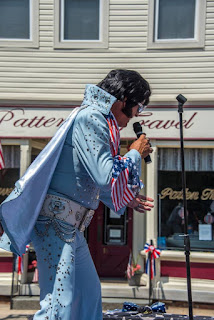 I have had the pleasure of speaking with his partner and business associate, Debbie Flemming Montforto and found our conversation to be quite engaging.  I am looking forward to  a repeat story on John in the future as well as some of our other ETA's.

I'm thrilled to , not only , have reported on these ETA's yet have become friends with them. This is especially true of Richie Santa as well as Jimmy T. as Elvis, Walt Sanders, Peter Alden and several others....  ( find them on Face Book too ) I'm truly blessed to know these performers  and to call them friends.  Stay tuned as we continue reporting on ETA's across the Country....Hats off to John Monforto.... as Elvis !