The Wonder of You !

No, this is not our designated Elvis time, that will come later this month, however the Title is so appropriate for this Celebrity blog post today..... If you are curious about this marvelous Actor, check out his book at:

We are talking about the dynamic actor in the Man of Jordan Rhodes. You may remember him in such shows as "Adam - 12", "Marcus Welby, M.D.", the movie "S.A.M", .. and many other countless roles.

I had the distinct honor and pleasure to sit down and break some bread with this fine man and his lovely wife, Lynne.

His book is just amazing. The story is remarkable in of itself yet it shows the true meaning of perseverance and determination. Jordan has taken on many roles and wore many hats along the way while staying true to the love of his craft.

These are images in his early days of the duo the "Castaways" and also a stint in radio. (courtesy of Jordan and the book, A Blue Collar Actor) 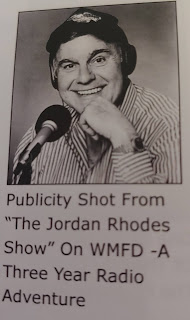 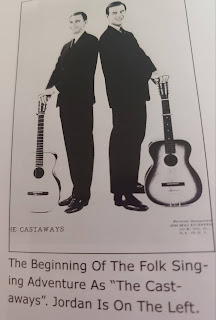 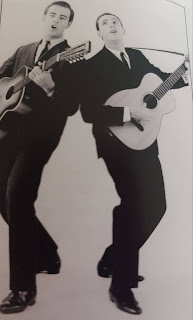 I found his book, A Blue Collar Actor, to be so engaging and interesting - Going from Tobacco Road to Buckingham Palace.

The relationships he has forged along the way are amazing . All the years in this crazy business and he has been able to build great business relations and stay in the field as a working actor. Business relations were had with the likes of Sean Penn, Robert Wagner, Jill St. John, and many more ....and some have given lasting friendship a new name....

The road wasn't always easy and Jordan has had his share of trials and tribulations yet he pursued. He overcame the obstacles that kept showing up in his life. These are just unsolved situations and we solve them as we go along. That doesn't mean that obstacles don't bear the scars of hurt and disappointment yet we find ways to pursue....

I always say there is so much power in the next great connection. There are times when you don't even know the little spider web that is being built .

.....Sykes was the first person to introduce me to Dennis Hopper. Dennis was appearing in a Broadway show that Sykes and I attended. After the performance, Sykes took me backstage so she could say hi to Dennis, and she introduced me. The play was entitled "Mandingo" and it had a short run. Years later I'd meet Dennis again, and I worked with him in "The Indian Runner" directed and written by Sean Penn. I would also meet up with Sykes years later in Arkansas, where she had returned in seclusion. I was working with Gregory Peck, Stacy Keach, and a stew of other name actors in "The Blue and the Gray", a blockbuster mini-series for television.    ......

Catch the full story in the book. It is so interesting , not only for an actor or aspiring actor, yet for the chance to take a glimpse into life experiences and how they relate to you and your endeavors. 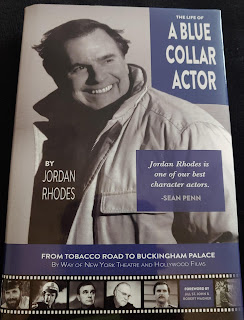 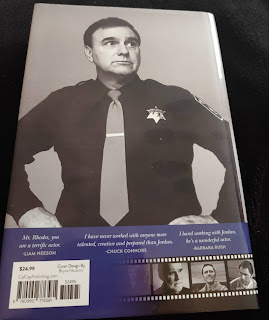 Back Cover A Blue Collar Actor 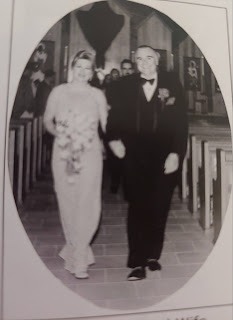 Shout out to International  Internet Hall of fame Radio show host- Geri Petito who introduced us. Catch her on www.hamiltonradio.net and other stations. You can find her on Face Book.  Also a thank you to Jordan for appearing on Ava's Casual chat ant Teens with dreams at Hamilton Radio....

So Jordan....hats off to the Wonder of you and all you continue to bring to us !